Nostalgia always kicks in when we talk about 90’s boy bands and one of my favorites was Westlife. The iconic Irish boy band was at their peak during 1998 to 2012. Originally signed by no other than Simon Cowell in the UK, Clive Davis in the United States and managed by Louis Walsh the line up was pretty amazing with singers Nicky Byrne, Kian Egan, Mark Feehily, Shane Filan and Brian McFadden, who was a member until his departure in 2004. The group accumulated 14 number one singles in the United Kingdom and 26 UK top ten singles over their 14-year career. Not to mention they sold 40 million studio albums and over 55 million records overall worldwide. 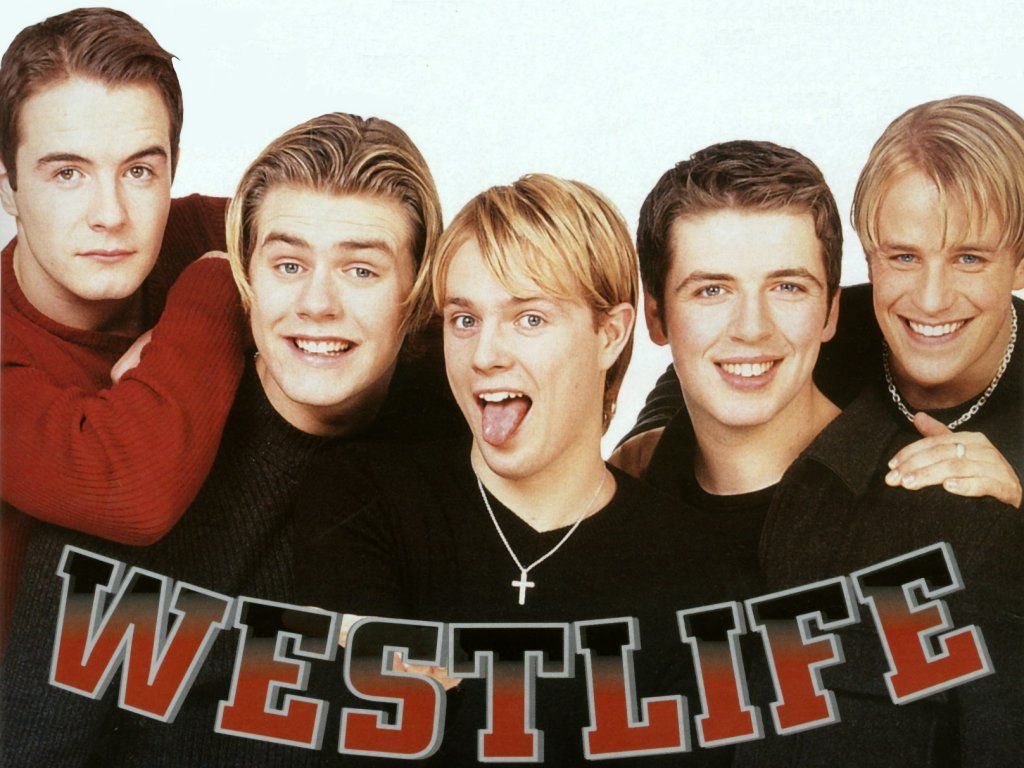 Even after years of discussion about a Westlife reunion, the fans still support this band and wide scope of followers are still waiting for their concert. Shane Filan, on the other hand, took his career into his own hands and created numerous albums such as You and Me (2013), Right Here (2015) and Love Always (2017). It was when Shane Filan released his version of “This I Promise You” on May 8 of 2017 through YouTube that fans all over the world wanted more of his music. He then announced his next tour which is called Love Always Tour 2017. Luckily, fans from Davao City can enjoy great music and entertainment because Shane Filan is performing in our city! 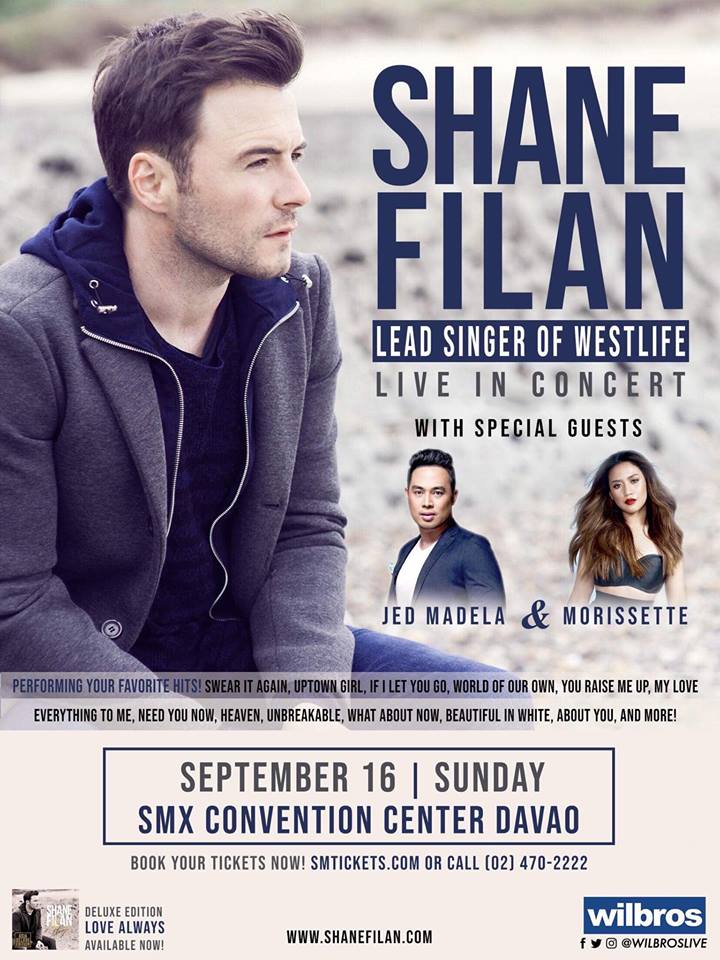 Westlife’s lead singer Shane Filan is coming to DAVAO for his much-awaited live concert featuring Westlife’s greatest hits and more on Sunday, September 16th, 8:00 pm at the SMX Convention Center-Davao of SM Lanang Premier. Shane Filan will be joined by two of the best OPM artist today, Mr. Jed Madela and Ms. Morisette Amon. Davao fans will hear their favorite hits like “Swear It Again”, “Uptown Girl”, “If I Let You Go”, “World of Our Own”, “You Raise Me Up”, “My Love”, “Everything To Me”, “Need You Now”, “Heaven”, “Unbreakable”, “What About Now”, Beautiful in White”, “About You” and more. With his third album, Love Always, delighting both fans and critics, Shane’s solo career is quickly gaining momentum. It’s already been a huge hit all over Asia, securing the number one spot in the Philippines and Indonesia, Love Always has proved a major hit with fans. Shane is also thrilled with the album’s top five positions in the UK charts, placing him on an even footing with the biggest names in world music.

Shane says ‘This is the first time I have put live tracks on the album. I go on tour so much now that I thought it would be nice to include something that people haven’t had before. There will also be two new songs which I wrote before Christmas and I am so proud of them. ‘Back to you’ is the new single and a song I am very close to. The track is about being on the road the whole time and being separated from those you love. You do it because it’s part of the job but you realize how much you miss the family.”

Shane has cemented his position as one of the UK & Ireland’s most popular male solo artists, following phenomenal success with Westlife – one of the world’s most successful bands of the last few decades – and he shows no signs of slowing down. “There’s nothing that makes me happier than singing and being on stage,” he says, “it’s something I am very proud of and it’s what I want to be doing for the rest of my life.” Catch Shane Filan – the lead singer of Westlife – up close and personal life in Davao City.

I am a person who easily misses deadlines, alam ng

Enjoying dress up time with our @shoplaurel.co soc

Just got back from a quick weekender and I am two

One of my favorite memories is sharing a tub of yu

So much pride in using this new product from @macc

Living the life but with purpose ☺️☺️ one

Throwback to our last international trip as a fami

Our once a year vacation just us girls 🤍🤍 th

When days are stressful, all you really need is a